Marriage without dating ep 12 eng sub - is the number one destination for online dating with more relationships than any other dating or personals site join the leader in rapport services and find a date today. Ki-tae's silent reconciliation with his mom over the phone was awesome. Loved that he understood her value too late and there was no turning back. The couple who seemed like the perfect family ended up divorcing while the ones who were always fighting ended up together because they actually loved each other in their own crazy way.

Thanks TVN for giving us a realistic relationship of 30 somethings in which people really kiss, sleep together and have romantic moments in a bathtub! It was short, cute and touching. Aw, I loved Missing You. I just watched it last week. The story surprised me with how lovely it turned out to be despite it's shortness and Yeon Woo-jin is wonderful in it. What a fitting end to a wonderful, hilarious, and heartfelt show. It had it's missteps here and there, but, all in all, it did everything I wanted it to and then some. As of now, it's my favorite rom-com of Any drama that puts a smile on your face and makes your heart feel full just thinking about it is an amazing drama in my book.

I adore Yeon Woo-jin and Han Groo so much and this was the perfect drama to showcase just how far they've come in just a few years time. I'm so attached to them and their characters that it's actually hard to see them separate, but I'm glad that it was them that got to be each other's partner in their first leading roles because they really play off each other so fantastically.

I can't wait to see where they go from here! And I loooooooved it. What a perfect wedding hahaha! I do have to agree with Jang-mi the Yeon Woo-jin looks very sexy all wet in fact, I noticed that in the very first episode too, lol and theres something so hot about the way he wipes his face before grabbing her for a kiss. And if that wasn't enough, the way he smiled at her before going in for more! But what I loved most was the way he proposed!

There's no way of knowing what obstacles and rough times they'll have to go through, so it's lovely the way he declared that despite that, he has faith that the good times with her will make what ever roadblocks they face in the future worth it. And then the end just drove in that idea that even if they're making a scene at their own wedding, at least they're facing the issues they face head on and get back to smiling and laughing in no time: Honestly, I usually write so much more and I feel like there's a lot more I want to say, but I'm actually in the middle of rewatching the drama haha, and writing about is making me want to return to watching it LOL.

Perhaps, I'll return later and write more: Such a big fan of both leads and it was so refreshing to see a mother-in-law who was not pure evil just to supply a drama with a stock villain. Very rarely do I love a series all the way through but this definitely ranks up there as a show that's perfect to binge-watch on a rainy day. It's too bad that the guests did not get to hear their vows, but one of the sweetest parts about this episode is that the audience got to hear those vows during the second proposal when Ki Tae promised to do his best to love her forever and Jang Mi promised to trust him.

Their affection for each other is real and palpable and not just for show. Maybe cos i have sons.. I cried, then ran to the kitchen to make my sons' favorite chicken dish Cutting this into two since my comment is too long!

Sigh, the episode I hate commenting on most is the last. Because it just means I gotta accept that the end is here. I loved this show; I didn't for a moment think it lowered its level and even if I started seeing it late, I totally feel the withdrawals. This last episode is my favourite I think, mostly because the family ties are so well addressed rather than sugar coated. I loved that Jang-mi's parents aren't suddenly romantic and that Ki-tae's mom decided to live with the women who's been by her side through it all.

I just see it happening in real life to these characters who seem so real and alive themselves. Everyone felt organic rather than puppets controlled by a master. I really started hating Se-ah somewhere in the middle, but I'm glad she was redeemed quickly. While I know a majority of you guys felt her character changed too abruptly, I think her main personality remained the same.

She was still controlling but maybe focused on another target - first it was to get Ki-tae back, then it was to make Ki-tae's life perfect. I'm glad she got her happy ending even if I really expected the father of the child to be Yeo-rim. As for Yeo-rim, I was really sad he left the restaurant because I felt his bond with both Jang-mi and Ki-tae was way more powerful than some temporary jealousy.

But in a drama that focuses on characters being realistic, its good that he's moving on because eventually things happen, people change as well as circumstances. I also really loved the portrayal of friendship and loyalty here. It's actually very understated and sometimes ignored with many other things happening, but it's one of my favourite aspects.

They all looked out for each other, were there when the other person needed a shoulder. Everyone has a different connection and they aren't bonded as a group but more so individually. It's just so awesome. And finally Ki-tae and Jang-mi. I feel like I've said everything I wanted to about how great they are together and as individuals. But I can probably go on forever. Instead, I'll just say the reason I love them so much is because Yeon Woo-jin and Han Groo are just so good at portraying them.

Their chemistry was intense yet warm, blazing yet comfortable, easy yet charming. Both are ridiculously talented and I expect great things from them in the future. I hope they get a chance to be main leads in network channels and take on bigger challenges. Definitely the breakout stars of the year for me. I've never seen them in anything before and I'm just so mighty impressed.

I can probably carry on, but I'll stop lol. I love this show and I hope that those who haven't seen it yet will give it a try. I'll miss it, but endings like these make me feel like they all exist in the world I live, just that maybe I won't get to see them onscreen anymore. That makes me feel better actually, which in turn makes me feel delusional LOL. Han Groo is awesome! TvN seems to really like wedding scenes in their dramas this year.

They seemed so mature in this drama. Jin Woon needs to work on his acting.


He needs to loosen up and act more natural. There is nothing more intimidating than a flock of meddling ahjummas. I can't help but wonder how it feels for Yeon Woo-jin and Han Groo to go from having so much skinship with one another while shooting the drama and, as we know, the real time far exceeds the reel time to none presumably after the drama wrapped.

Their pheremones must feel confused! I'm excited for both of the leads and enjoyed them each immensely in this, but I've got to give extra props to Han Groo for being such a natural at the physical comedy. Anyway, they made a delightful OTP that I shall remember fondly for a long time. I super loved that Mom, Grandma, and Aunt were equally thrilled about staying together and giving Dirtbag the boot. Especially in the context of Korean family values. 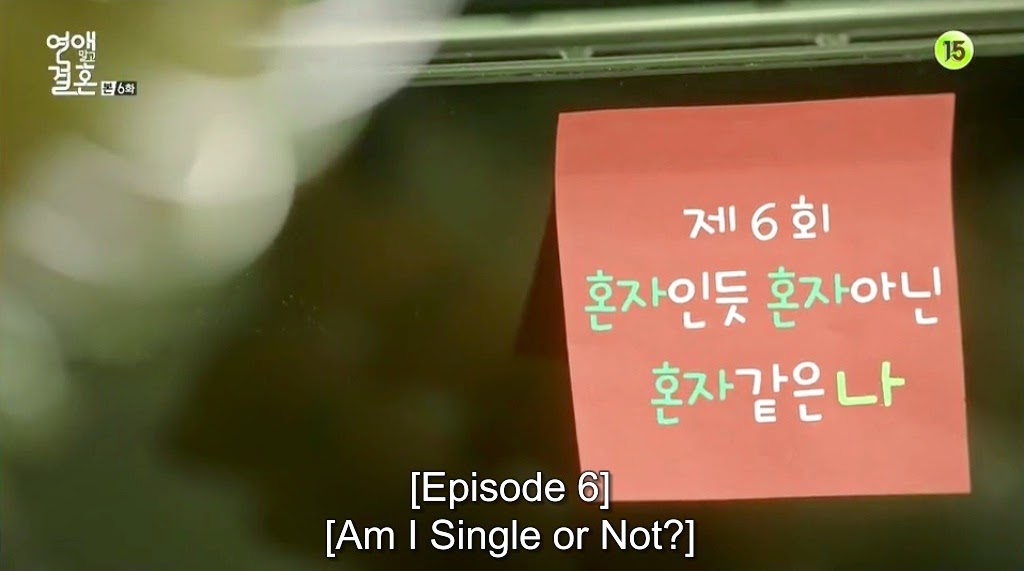 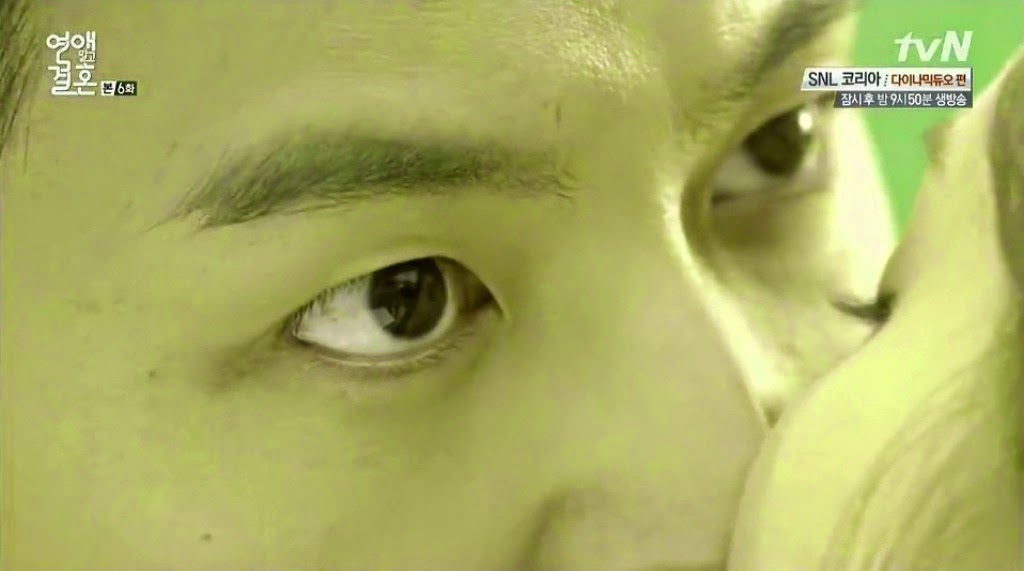